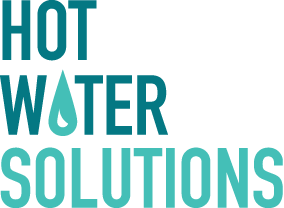 Select YOUR Electric Utility for Information Specific to Your Area

How to Determine the Age of Your Water Heater

Predicting how long your water heater will last can be difficult — depending on the model and fuel source, its lifetime could be anywhere between 8 and 20 years. Common conventional electric water heaters tend to last 10–15 years, and typically come with a standard six-year warranty.

If you don’t know the age of your current unit, it’s worth checking to see if you’re nearing time for replacement. It pays to prepare before your water heater gives up or fails, which can be inconvenient (at best) or catastrophic (at worst).

Since finding the date of installation isn’t always straightforward, we came up with the handy guide below to help you decode your water heater’s serial number.

Check for a manufacturer label on the side of your water heater — this should include the installation date.

If the label is missing, or the installation date is not listed, you can use the serial number to determine the age of your unit.

Serial number formats vary by manufacturer, with the installation date placed differently in each case. Check the brand name on your water heater and then use the following guide to determine the age of your unit:

Bradford White’s serial numbers are a little less straightforward. The year of manufacture is noted by the first letter of the serial number, and the month is the second letter.

Is your water heater’s brand not listed above?

Due for a replacement?

If it’s time for your old unit to go, consider upgrading to a hybrid electric heat pump water heater. The super-efficient heat pump technology can save a three-person household up to $300 a year on utility bills, plus hybrid electric water heaters come with a standard 10-year warranty. Many utilities also offer installation rebates — check yours here.

Learn more and find a retailer near you

The higher the energy factor, the more efficient the water heater.

Select YOUR Electric Utility for Information Specific to Your Area